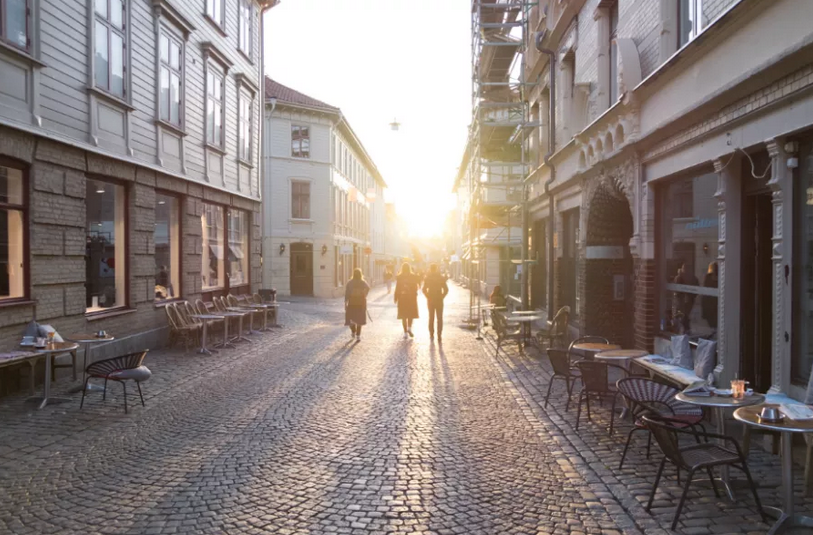 For those of you who’ve read all my books you’ll know that Vienna is a recurring theme. Chunks of my novel, Trouble Brewing take place in Vienna. One of the chapters in The Happy Endings Book Club is set there.

I’ve spent a lot of time in Vienna… It’s a city where I’ve faced a lot of my own personal issues, been incredibly happy, and overwhelmingly miserable. It’s a place that has changed shape and form in my eyes so many times. I have hated it. I have loved it. I have certainly been challenged by it.

There’s a scene in the wonderful movie Big Fish where Edward Bloom returns to the perfect town of Spectre, to find it looks completely different. “A man sees things differently at different times in his life. This town didn’t seem the same now that he was older.”

I first lived in Vienna when I was 26. I arrived there with my boyfriend, madly in love, and thrilled to be living in Europe after five years in Tokyo. I remember feeling such utter joy that first day out in Vienna. My BF, later my husband, father of my children and now my very nice ex-husband, had grown up between Tokyo and Austria. He’d gone to boarding school in Vienna, and his best and dearest friend Michael joined us on that first day out, taking us to some of his favorite haunts.

I lived in Vienna for six months that first time, but despite my initial enthusiasm for the place, I found I couldn’t settle in. I tried. I went to school and studied German. I joined clubs, and went to events and tried to meet people. We had Michael’s support, along with his wonderful family… but apart from them, I simply didn’t connect with anyone. I was so used to Japan, where people embraced me warmly into their lives. Vienna appeared impossible to crack unless you’d lived there for ten generations. My social life was boring (c’mon, I was only 26) and the isolation I felt there put me in a position where I had to face some deep personal issues. I was not happy.

So six months after arriving in Vienna, we left for London. I was much more wary with this move, and held few expectations. But life in London unfolded beautifully for me.

During our years in London we returned many times to Vienna, often with friends. I was never crazy about the place, but we had some good times there. Then, life and geography got in the way and for a few years Vienna became a distant memory.

Until America invaded Iraq. Okay, that was a leap I know, but I was living in New York at the time and it was a pretty intense place. The media fed the fear. People were scared. I now had a son and he brought home a note from Kindy that said, “In the event of a terror attack we will look after your child for 72 hours. Please bring an extra blanket to school.”

The hubby read the note and said, “Want to go to Austria for a while?” And I jumped at the chance. I was like Edward Bloom on that trip. I saw Vienna through very different eyes. It was a safe haven. The people seemed to be more politically aware than in the US, and not afraid to express it. Conversations were interesting, the art scene vibrant. And life was easy.

I also saw it through my son’s eyes. “Mummy, the streets are so clean here.”

I spent a few months in Vienna on that trip and loved it. I also spent a month in the Austrian countryside, in a village called St Andrea. It was a magical place, the nearby forests filled with fairy houses and stone circles and other objects that indicated that Goddess worship still existed in the tiny catholic town. I returned to Vienna from that trip, carrying some of its magic with me—I was pregnant with my second son.

I have relationships with certain countries and cities that are as intense and complex as the ones I have with some people. My relationship with Austria, and especially Vienna has changed and grown and developed over the years. I see it through very different eyes now.

As I write, my 16-year-old son is leaving Vienna after spending three months there, living with friends, going to school. He wants to stay. He loves it. His relationship with Vienna is already intense.  My children are connected to the place via their duel citizenship. And language.

I keep returning there with my writing… Thanks to my kids I’ll return there more often.