And so I’m 46. I celebrated my recent birthday with style, love and incredible acceptance. I finally got the hang of the 40s and my goddess it’s amazing.

For those of you who read this blog here, which I’d originally posted as I turned 40, you’d know how pumped I was. Pumped is the perfect word for it. You’ve all seen those personal development gurus working a room full of devotees and they get them all pumped. You can, you will, you are fabulous. And everyone cheers, and believes the hype and then they all go back to their real lives and realize they’re still miserable. Turning 40 was like that for me.

I was pumped! I’d listened to the hype about turning 40. Being a naturally positive person, I believed it. 40s is the new 30s. You go girl!

What no one warned me about was the fact that I would die a spiritual death in my 40s. That I had to… because that’s the point. 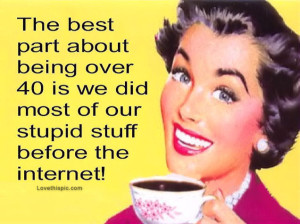 Let’s be clear about something. The 40s are not the new 30s. In fact, that completely diminishes the powerful lessons the 40s bring with them. We often start our families later so are juggling the same busy parenting schedules as women in their 30s, but that doesn’t make us 30. There are things I experienced in my early 40s that I know are exclusive to women in this age group. I know I’m not alone because it’s a conversation I’ve had countless times with many different women over the past few years. While my own personal journey had been intense, the collective journey of women of this age group fascinates me.

Firstly, there’s no denying it, we’ve hit middle age. I realise “young” is a matter of perception. One of my dearest friends, who I grew up with, picked me up in a convertible and whizzed me off to lunch on my birthday. “Fuck we’re getting old,” he declared.

I didn’t miss a beat. “When we’re 90 we’ll be talking about the day we were really young and you picked me up in this car.”

When I hit 40 the mirror became my enemy. Lines appeared from nowhere. The slow march of age wasn’t a march any more but a fast run in that first year. I could see the changed to skin tone. And I despised it.

My partner and I started a business. Running that, a house with four kids and trying to write novels took its toll. I didn’t have time for my yoga. I put on weight. I hated that too.

But that was just the external stuff. Internally I was in turmoil. I wasn’t happy. Each month I would be slammed with sadness. Crying jags and insecurity. I said to my best friend, “I don’t know if I’m hormonal or just really messed up.”

The first couple of years of my 40s were such an intense energetic shift for me. I felt like I was disappearing. I was invisible.

Around me girlfriends began erasing their age from their faces. But the results frightened me. I felt like we were missing the point of everything by clutching to our youth. I didn’t want to let go of that either, but I also knew there was something waiting for me just beyond the wrinkles. Just beyond the self-judgement and fear. There was something important… I just had to work out how to grasp it.

I just had to let go.

I went on a Vipassana 10-day silent meditation retreat. It was a version of hell for me but so profoundly beneficial. But even there, I struggled to let go. I spent a lot of my free time packing and repacking my bag while my mind screamed at me. I feel like I was unravelling mentally. It was the hardest thing I’d ever done. But on the sixth day I woke up and felt something I’ve never felt before.

I was in the moment.

Sounds were clearer, colour brighter, everything more vivid. In that moment I understood the concept of annica: impermanence. Everything changes. So having any attachment simply brings misery. 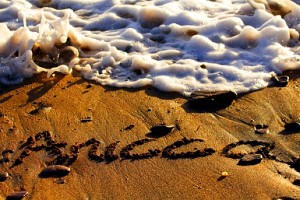 Naturally, that moment passed, and I was in hell again. But I’d glimpsed something profound. I didn’t just intellectually understand something. I had lived it.

I left that retreat with a tool for life, but I still didn’t know how to truly reach into the guts of my issues.

So as is the case with many women my age… the universe provided the perfect opportunity.

“I’m afraid you’re going blind. We’ll get the Royal Blind Society around to your house to teach you how to move around.”

It was the week of my 43rd birthday that I heard this. Many of you already know this story, and the outcome. I’ve blogged about this in detail here.

There were many powerful changes for me during that time. I learnt a lot the mind’s eye and sight and light. I certainly learnt about control. I had a complete overhaul in how I perceived myself and the world around me. What is happiness but just a shift in perception?

It’s not getting what you want, or getting rid of what you don’t want, but seeing things differently, as they are right now.

It’s about changing the way you see your world.

The threat of going blind also changed the way I viewed myself when I looked in the mirror. My foe became my friend. I realised I really wanted to see myself age. That realisation was a gift. By the time I turned 45, I was here.

I no longer criticize what I see in the mirror now. I simply don’t. I’m grateful. I don’t give a shit about my lines. I’m happy to see them. I believe one of the most rebellious things a woman can do is grow old gracefully and naturally. 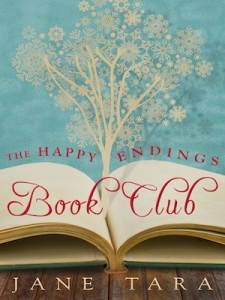 By my mid-forties, things were unfolding for me internally. I was practising what I’ve now developed into my Travel Light Self Development Program. I wrote my novel The Happy Endings Book Club, which is a book about how seven women find happiness through discovering how to have a shift in perception.

What does it mean to see?

I turned 46 last week and I realised I see myself more clearly than I ever have before. There is an inner calm and acceptance that I feel and I’m proud of.

My friendships and relationships are deeper. My partner and I are stronger than ever. I find more joy in my kids. Sex is freaking awesome (oh yeah, come on, it totally gets better with age!)

And I really care about myself. And I use the word “care” rather than love. It’s important to take care of yourself.

I’ve stilled my mind with meditation, strengthened my body with yoga, and balanced my hormones through completely eliminating sugar from my diet, and with the help of a Chiropractor and natural bio-identical progesterone (a miracle in a jar). 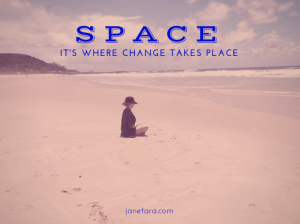 And beyond all that, in a deeper Space, I’ve found a powerful new version of myself that wasn’t there in my thirties. Couldn’t possibly be there in my thirties. Because you have to be consumed first by your forties, and the loss of your youthful self before you can even fathom who you’ll become next.

Women in their 40s experience a spiritual death that they must face. If they don’t, they’re doing their 40s all wrong. I’m not done with it yet, but I’m happy to be here embracing instead of battling this decade of my life.

It makes me wonder what excitement the 50s will bring.